The most important data for last year might be that PLN 3.6 billion has been invested in 379 companies. 113 funds participated in the transactions. This is the only decrease in the field compared to the previous year, when 157 funds invested capital on the Polish market. When looking at other data, we can only talk about increases - in both the number of co-financed companies (300 in 2020) and the value of transactions (PLN 2.1 billion in 2020 and PLN 1.2 billion in 2019). Despite two years marked by the COVID-19 pandemic, the Polish ecosystem continues to grow.

Interestingly, the total value of transactions in 2021 was definitely influenced by the 15 largest rounds - they accounted for 80% of the funds invested. - This list includes companies whose activities we have heard a lot about in recent years: DocPlanner, Infermedica and Packhelp. They have become global magnets, attracting international capital. The list of the largest transactions also includes projects that obtained subsequent rounds of financing in a short period of time. The best example is Ramp, which, in two financing rounds taking place in one year, obtained a total of PLN 250 million - said Aleksander Mokrzycki, vice president of the management board at PFR Ventures. 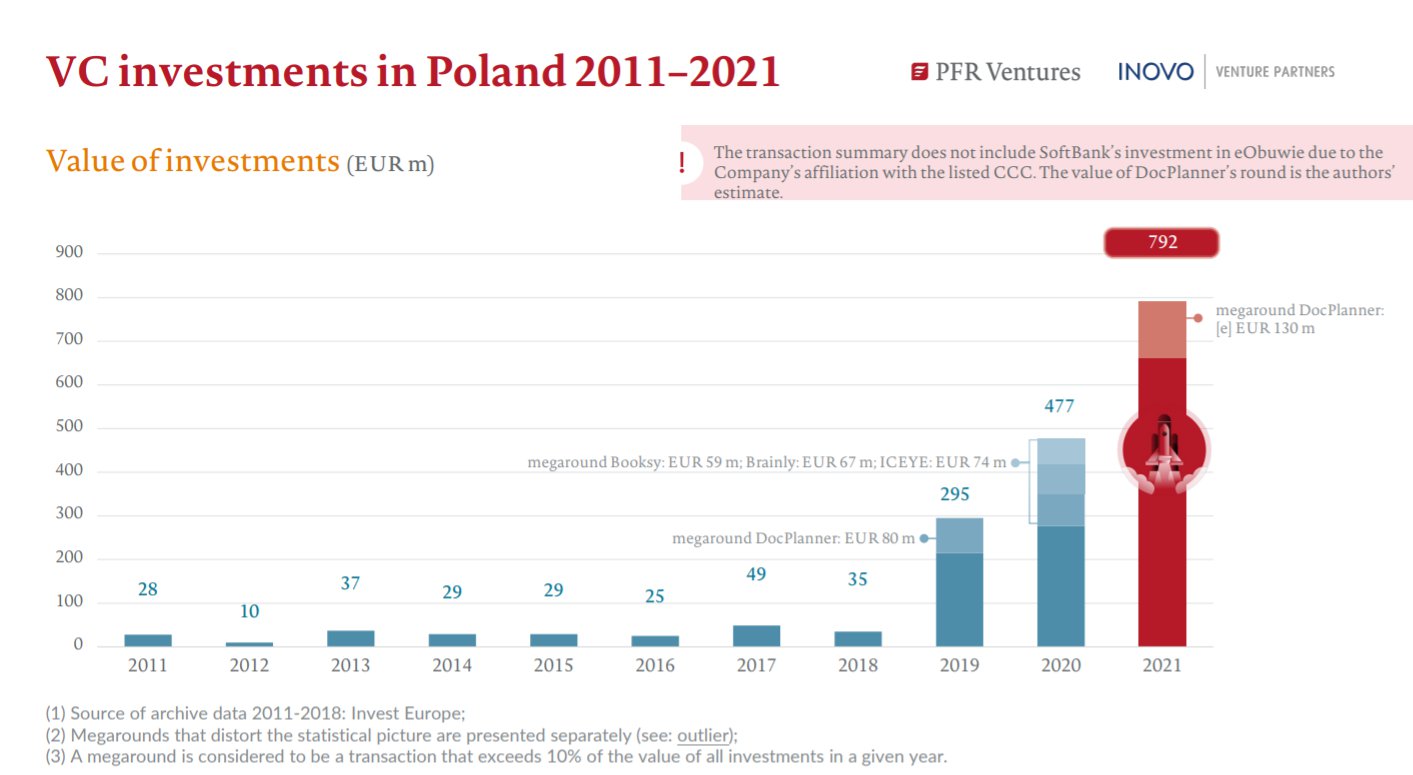 The highest amount of financing was obtained by five companies - their rounds had a 55% share in the total value of transactions last year: 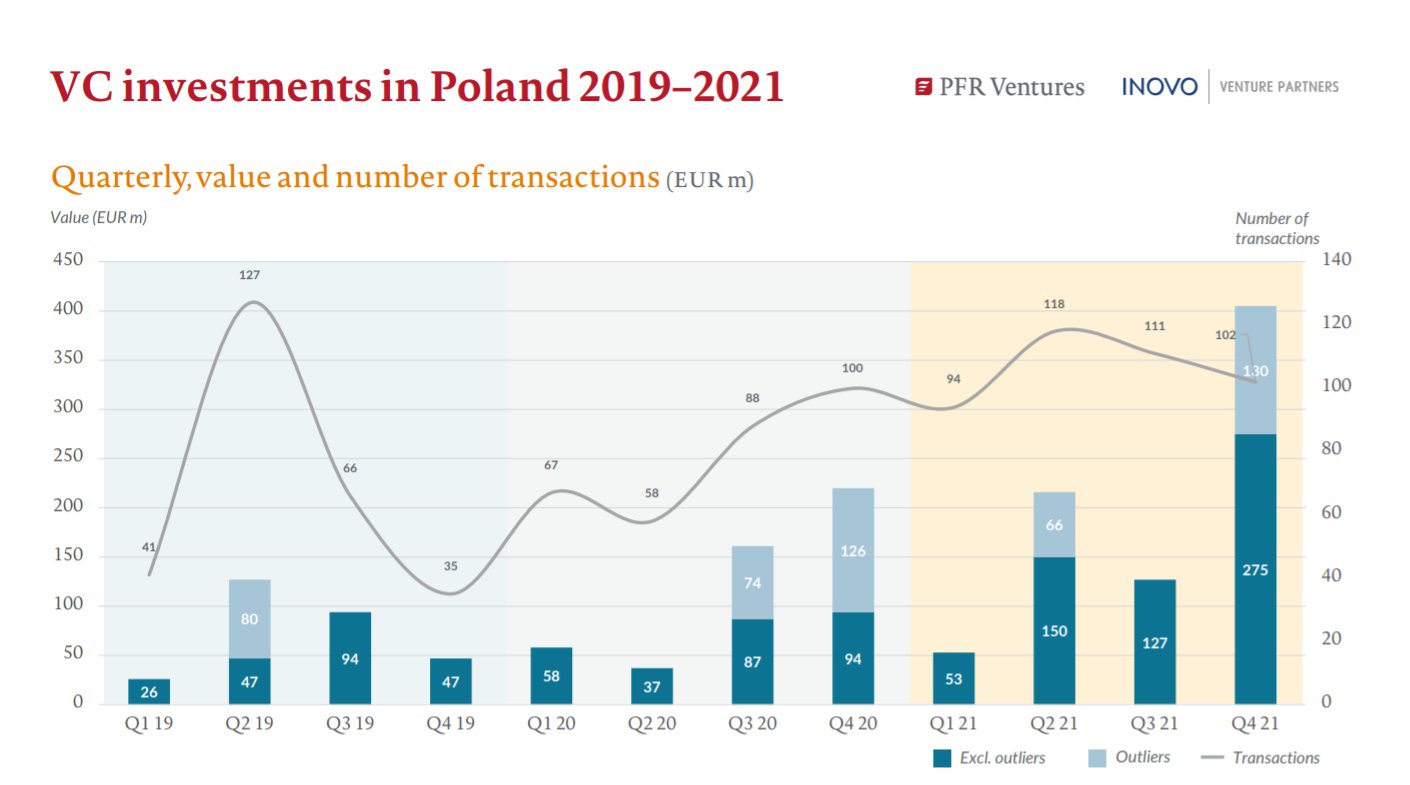 The year-to-year increase was visible at every stage of financing, however, the almost twofold increase in the number of A series (45 transactions in 2021) and another increase in B series (9 such rounds in 2021) funding are particularly important.

- 2021 was marked by an increase in the number of later rounds. There were 73% more series A transactions than in 2020 (with Q2-Q4 average of 15 rounds per quarter). At the end of the year, every fifth transaction was series A funding or later. This shows the growing maturity of the ecosystem. Top companies successfully raise funds for further development. If these numbers remain stable, we can expect up to 60 series A rounds in 2022. Still I keep my fingers crossed for this numer passing a hundred - Maciej Małysz, partner at Inovo Venture Partners commented on the results for last year. 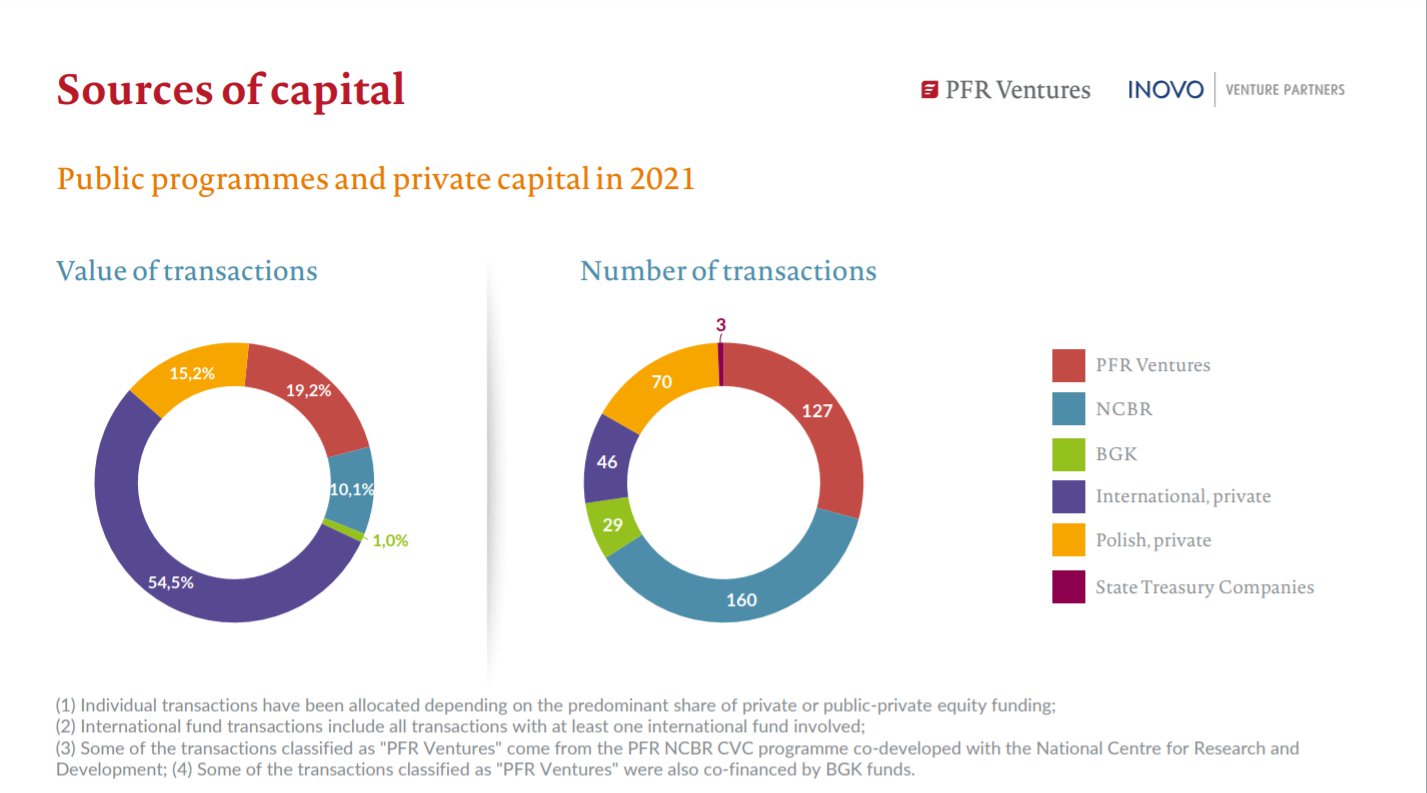 There was also an increase in the value of transactions by private investors - 69% compared to 62% in the previous year. At the same time, when it comes to the number of transactions, public-private funds participated in as many as 310 out of 424 transactions. The funds with capital provided by PFR Ventures accounted for as much as 19,2% of transactions, which puts it in second place after the international private investors (54,5%). The third place on the podium was taken by investments made by the NCBR - 10,1%. Part of the transactions classified as "PFR Ventures" comes from the PFR NCBR CVC program co-created with the National Center for Research and Development (NCBR).

- The Polish venture capital market is growing before our eyes. This sudden growth was driven mainly by the data from Q4, when we could read about the rounds by many of the top Polish technology companies, such as Ramp or, from the Inovo Ventures portfolio,: Packhelp, Spacelift and Infermedica. At the same time, the last year has perfectly shown in which direction we will be heading as an ecosystem. We see an overwhelming share of private capital (69%), more and more later rounds, as the most ambitious entrepreneurs are heading to win global markets without any fears. This is also a direction the market will be heading in the coming years - emphasized Tomasz Swieboda, partner at Inovo Venture Partners.

One should also note the dominant market share of international funds - their independent investments accounted for 50% of the total transaction value, and co-investments with Polish funds - for 21%. - Considering that this metric is constructed on the basis of the value of the capital provided and not the number of transactions, it can be assumed that international capital in this area will maintain its advantage in the coming years - pointed out Marcin Kurek, managing partner at Market One Capital.

The number of Polish VC investments in foreign companies is growing as well. - This is a 3.6-fold increase compared to 2020. Foreign investments, especially in Western markets, are a unique opportunity to gather invaluable experience, knowledge and business relationships. The know-how obtained in this way is naturally transferred to our market and influences the development and reinforcement of the local ecosystem - added Marcin Kurek. 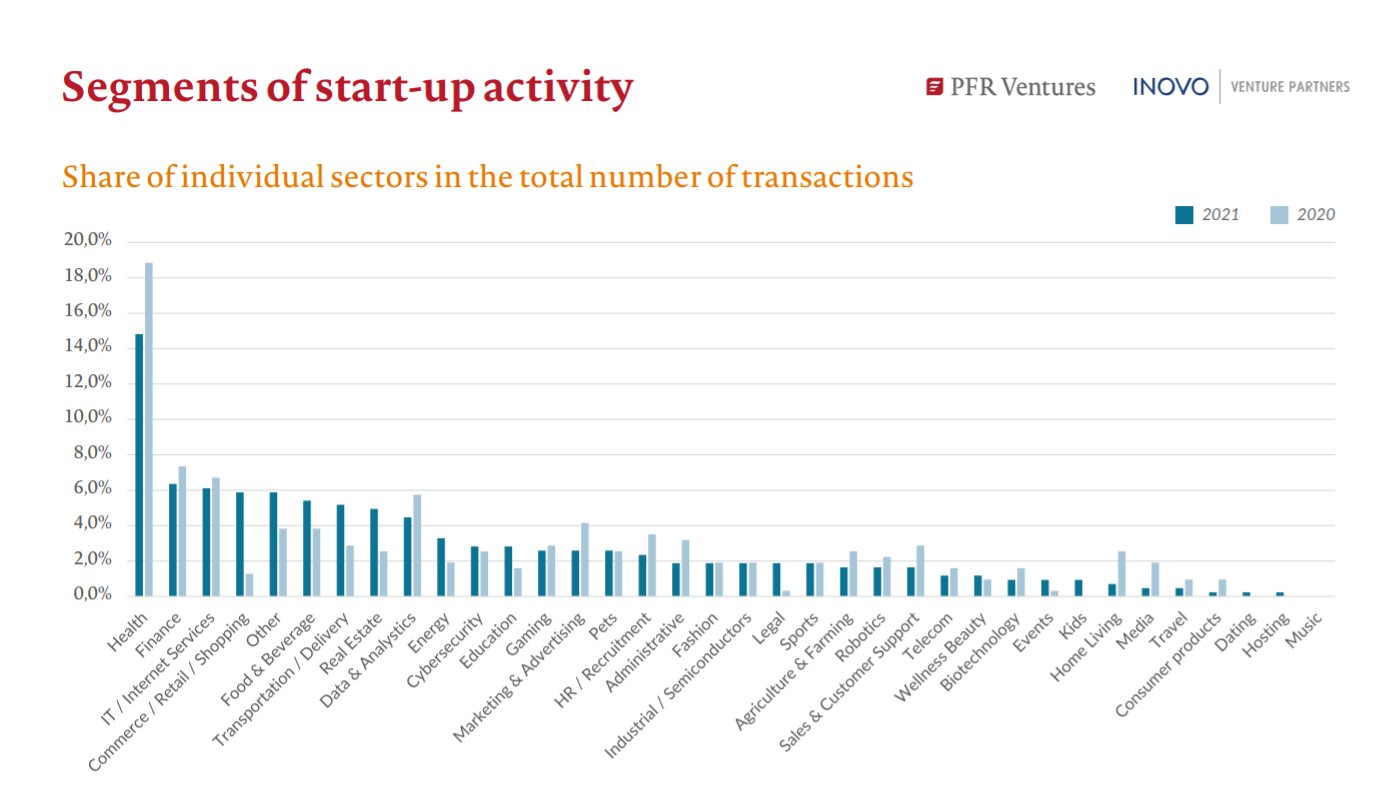 Looking at the areas of activity of the companies in which VC funds invest the most, we see that the same industries that were at the fore in 2020 are still the leaders - they are healthtech, IT and fintech. However, only health has a clear advantage when it comes to  investor interest - in the case of other industries, a similar number of investments was also recorded in the sectors of commerce, food & beverage, transportation and real estate.

The full text of the report can be found on the PFR Ventures website.

E-commerce market in Poland - what is it and what will it be?