83 VC funds participated in the investments. Compared to Q3 2021, the value of investments decreased by 13% and is the lowest since the beginning of this year. Nevertheless, the number of transactions increased by 14% compared to the same period last year. This is the highest result in the last two years.

- In the third quarter, there was a change in the trend, which lasted from the beginning of 2022. On the one hand, the number of transactions increased by almost 30% compared to the previous quarter. This is the highest result in the last two years, which may indicate an increase in activity on the VC market. On the other, we have recorded the lowest value of the investment since the beginning of the year. This is mainly due to the war in Ukraine and the continuing uncertainty in the market - noted Paweł Chorąży, managing director of the European funds' division at BGK, national development bank. 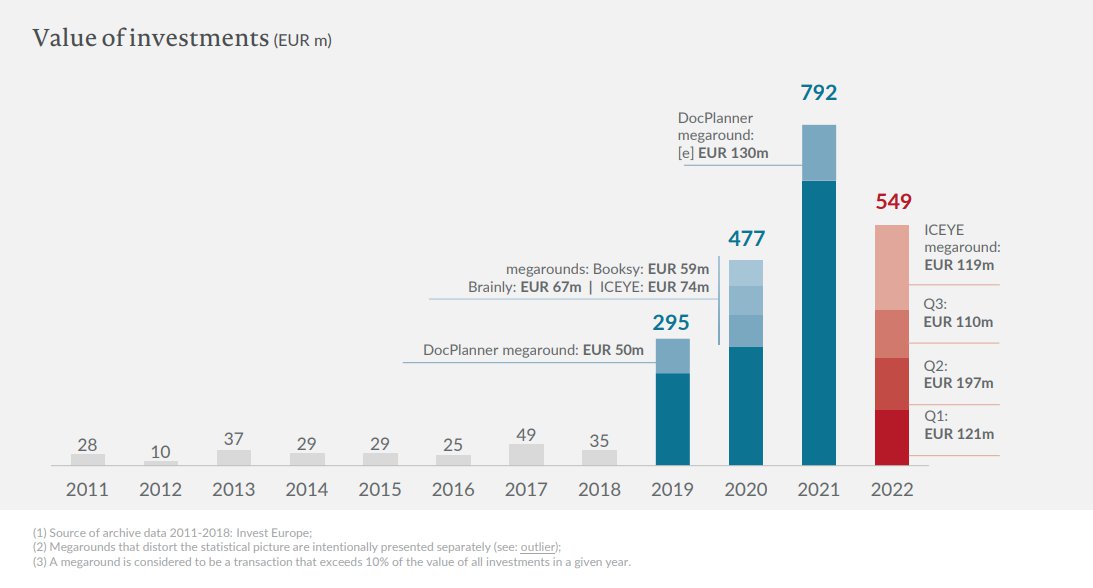 Importantly, there is 1 billion PLN more required to break the record from 2021, and given that Q4 usually has the highest number of transaction records – the end of the year can be viewed optimistically.

- Historically, our market has recorded such levels of quarterly financing five times. This allows us to believe that, despite unfavourable economic and geopolitical conditions, the Polish ecosystem will maintain an upward trend. Most importantly, it will distinguish us from other regions where we observe large declines. We see this as a positive signal for foreign investors who want to operate in CEE - said Aleksander Mokrzycki, Vice President of the Management Board at PFR Ventures.

Karol Lasota, Principal at Inovo Venture Partners, drew attention to the fact that leading Polish funds have spent the last few months working on fundraising processes, so we should soon return to a larger number and value of investments. 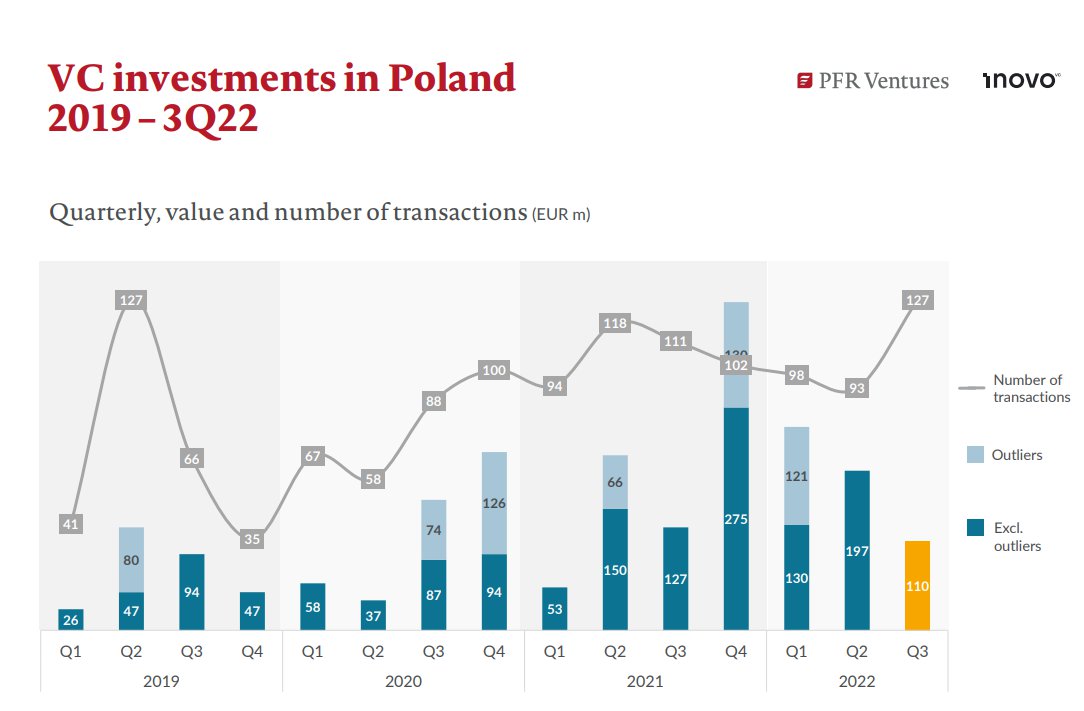 As indicated in the report, the decrease in the value of investments is also influenced by a significant reduction in the activity of international funds, which were involved in a smaller number of transactions than in Q2, and the value of their financing decreased from 66 to less than 30%. This is a result of a downturn in global markets, including Europe, which – according to CB Insights data - saw a 36% decrease in the value of VC financing. International funds carried out 14 transactions in Q3 2022, which accounted for 49% of the total value of transactions. 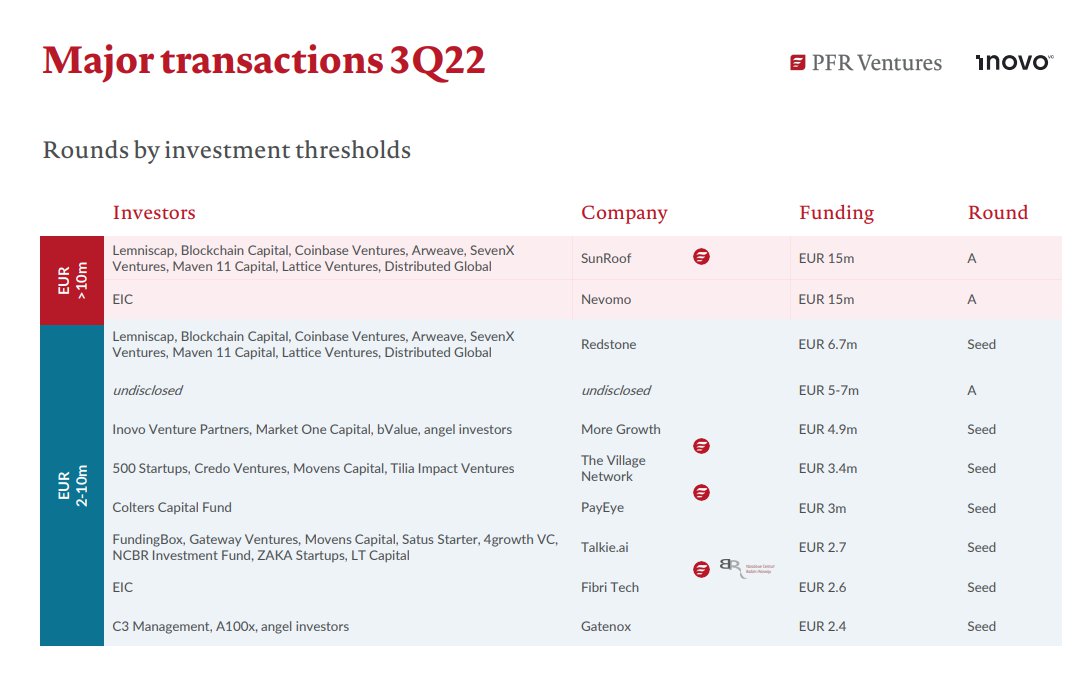 The decline in the activity of foreign investors is also visible in the case of data pertaining to financing rounds – 95% of investments made in Q3 2022 are seed and pre-seed rounds. By comparison, it was 83% last quarter. As Maciej Małysz, partner at Inovo Venture Partners, pointed out, the current market sentiment could also make many entrepreneurs, who had the opportunity, postpone the decision to collect another financing round by several months.