Mentioned in various contexts, the topic of crisis continued through most of the panels - even the very start-up oriented ones. Often as a challenge, sometimes as an opportunity, such as in the panel with Peter Benedetto from the Endeavor fund - who indicated that for American VC's the pandemic created the need to look for new directions of development, and the feeling that global start-ups are closer, than previously thought. Therefore the funds are more and more ambitious about new markets - such as Poland. At the same time, the pandemic created a change in financing systems - hedge funds and banks are more and more competitive in the global ecosystem.

Many more panels dealt with - or at least touched upon - crisis topics. Interestingly, large organizations and companies, including public and government organizations, began to speak a language that, a few years ago, was reserved for environmentalists and activists. Of course, some of these changes were in a sense forced - by European programs and regulations, such as the Fit for 55 package.

- Four out of five Poles clearly declare that climate change is one of the most important societal and social challenges in the 21st century - said Teresa Czerwińska, vice-president of the European Investment Bank during her panel. As she added, as many as 80% of Poles say that, even today, climate change has a large impact on their lives, and both green technologies and digital technologies are under-financed.

- We have to find a new model of economy - she said. After the crisis, business, and especially SMEs, must adapt to the "new normal".

The vice-president of PFR, Bartłomiej Pawlak, had similar approach, but stated that he was waiting for the public's reaction to the changes. - The whole of Europe is socially verifying the pace of the change process. It is interesting to us - how the pockets of the public opinion will keep up with the pace - said Pawlak.

New Zealand has already found a new management model. During the "Capitalism, have we reached its limit" panel, attended by Minister Jadwiga Emilewicz and the ambassadors of New Zealand, South Korea, Azerbaijan and Bosnia and Herzegovina, Emilewicz herself stated that COVID-19 accelerated the need to rethink capitalism. Growth as the only measure is not the only value. Alana Hudson from the New Zealand embassy said that setting the health of citizens in the country as the main value to be guided by, the government meant that now political and administrative decisions in the country are made taking into account four "types" of capital - human, natural, social and "traditional" capital. This changes the model of thinking about the state.

New business and management models were also visible during the panel "Hydrogen: Fuel of the Future", attended by Kazimierz Karolczak, chairman of the board of the Metropolis GZM.

- Coal will end soon - said Karolczak, and the extraction of this raw material in Poland is becoming more and more difficult and less profitable. On the other hand, state-owned companies, such as Orlen or Azoty, have know-how regarding the storage and production of gaseous fuels. - There are already hydrogen buses in London, and I would like them to run in Bytom - he said.

According to the chairman of the GZM, development of innovative fuel technologies are one of the most important goals for Poland, and especially for the region of Silesia. There is a chance to be a pioneer in implementing these technologies globally - We have to experiment, look where the potential is and put up the right milestones - he said. As he added, Silesia, with its industrial and energy base, may become a major global player in this market.

Another green technology that can change the approach to energy is perovskites. Energy panels made of this material are efficient and flexible, which allows them to be used on any surface. In addition, they can also be charged with artificial light. Olga Malinkiewicz from Saule Technologies - a company that patented and was the first in the world to open a production line for perovskite cells, was awarded the money.pl award at the event. Saule also has the first commercial implementations of the solution. During the "perovskite" panel she said that she was already planning to open another factory. 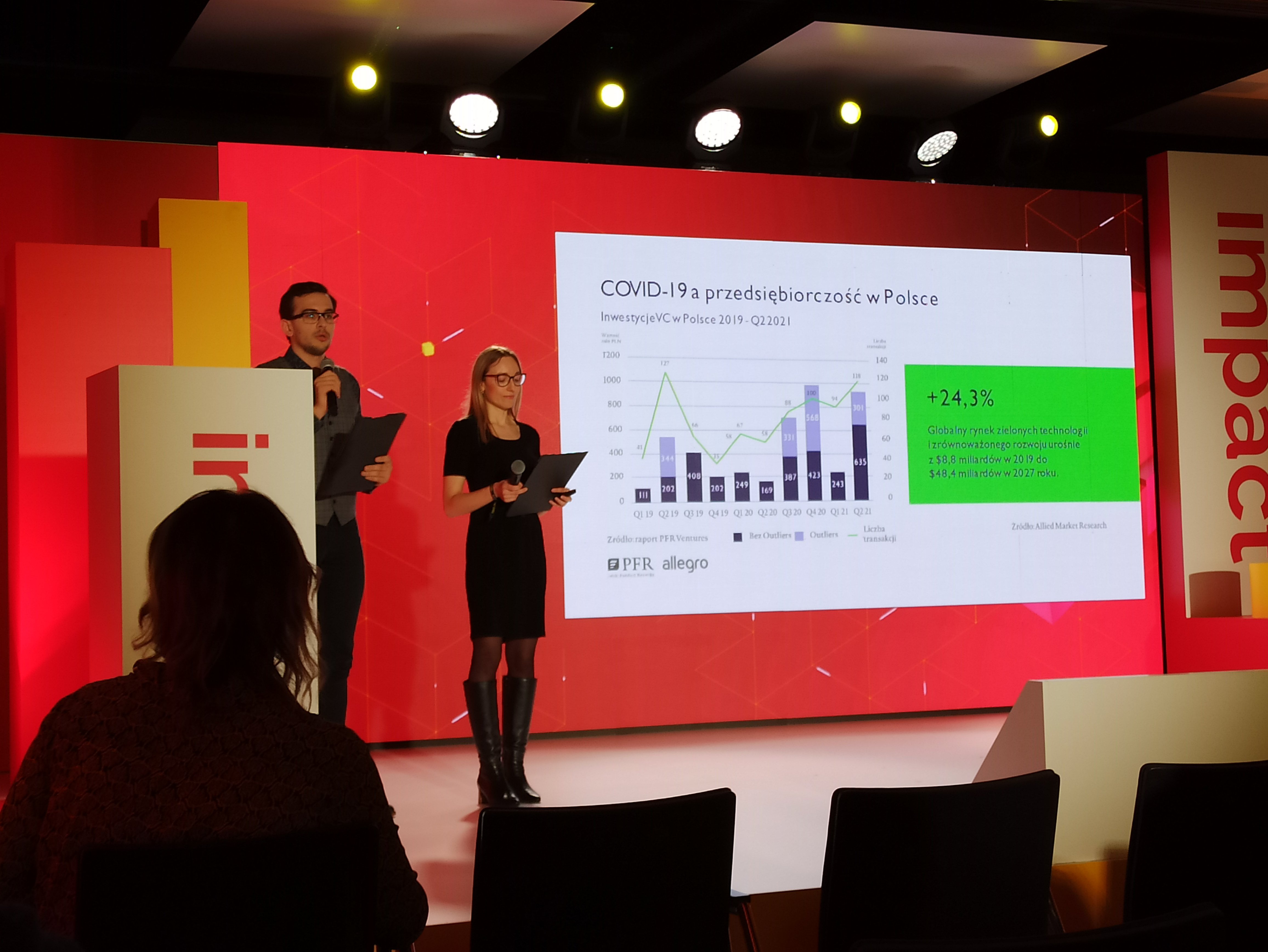 One of the most interesting panels from a startup perspective was "The future of digital technologies. How are Polish companies doing in the world? " which was attended by Stefan Batory from Booksy, Jędrzej Iwaszkiewicz from The Heart, Max Salamonowicz from ACR Systems and Three-Headed Monster, and Olena Kolikhova from EY.

- Booksy employs people on four continents, but our biggest challenge is still recruiting people with the right experience - said Batory. As he added, the market has changed over the past two years. - 3-4 years ago there were few companies that thought about expansion, it was a topic that was talked about a lot and not much done in this direction - he summed up.

- We have experienced founders, but they run their companies or get capital, from other countries - said Iwaszkiewicz. As he added, there has indeed been a change in the last two or three years, but the global market still perceives Polish start-ups as the second league. - Recently, we talked about financing for one of the start-ups associated with The Heart, but when the investment was being closed, we heard that the company cannot be located in Poland, or the managers are not to be Polish - he said.

The main conclusion from this panel was that the Polish ecosystem is very cautious. Stefan Batory stated that the most important lesson he learned from the Silicon Valley was that he heard from investors that he was thinking too small. Only then did he rethink Booksy's expansion strategy. 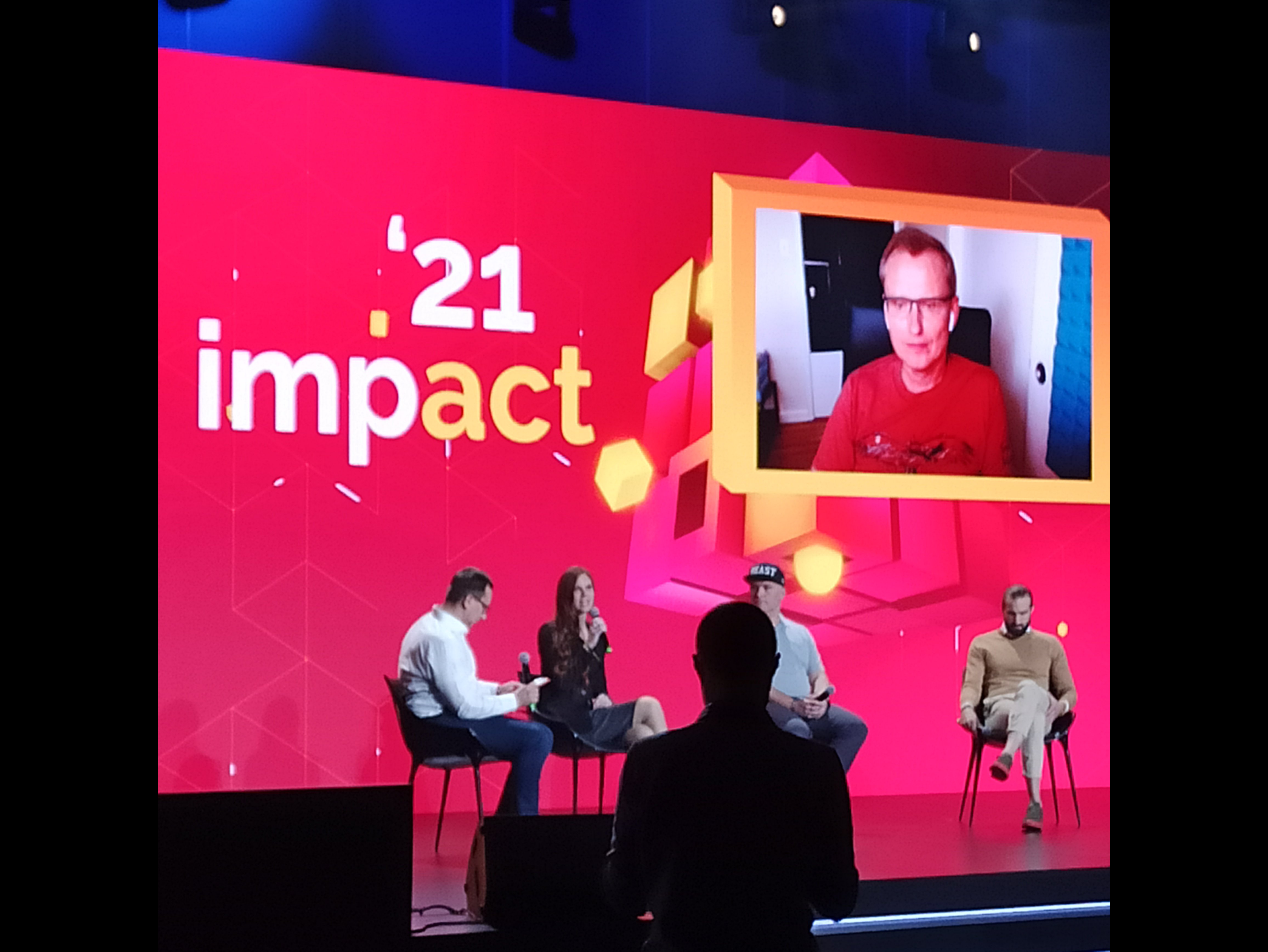 - We lack role models, we lack companies with global successes, we have a few founders who have achieved global success - Salomonowicz echoed him. - My American partner sees a valuable experience when I am stressed and see possible failure and crisis. In our ecosystem, failure, even a one-off, is often the end of a career, and problems with obtaining financing in the future - he said. He also stated that our start-ups, unfortunately, very often set their own boundaries, which are artificial and lie only in the minds of founders. And this change of mentality is the goal for the coming years.

This is, of course, part of the very broad Impact program - while the most important conclusion from the conference is probably that the crises around us require many people who think about their solutions - whether technological, political or economic.